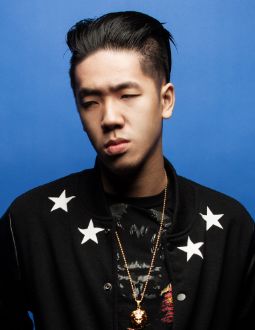 Rap artist, songwriter and producer, ShiGGa Shay has the swagger and skill to pull off both command and rhythm when he takes to the stage. He recorded his first mixtape from his own bedroom, released it online in 2010, and this led to his performance in the National Day Parade that year. He has worked with heavyweight producers Sydney Tan and Don Richmond as well as featured on Singapore Idol finalist Sylvia Ratonel’s debut album. Singapore’s biggest rock band Electrico and popular acapella group Budak Pantai also number among his many collaborations. This diversity in influences only feeds ShiGGa Shay’s unique take on rap and songcraft. He released his debut EP They Call me ShiGGa in 2012 with the lead single “Let’s Roll” entering 98 .7FM’s Top 20 Hits charts. Taking time off to hone his skills, he returned in July 2013 with English-Hokkien-Mandarin single “LIMPEH”, which stayed on iTunes Singapore charts for over a fortnight while coming in second on iTunes Malaysia’s Hip-Hop charts. The music video, directed by himself and his production company Grizzle Films, garnered over 340,000 views on YouTube. In 2013, he also founded Grizzle Grind Crew, a collective that aims to promote and provide a platform for the hip-hop scene in Singapore. ShiGGa Shay has come a very long way from that first homemade mixtape. Scroll down this page to view MusicSG's video interview with the artiste!

All Albums by ShiGGa Shay

All Songs by ShiGGa Shay